Cryptocurrency is the hottest subject on Wall Street and social media, and a lot of people, whether serious or not, are flocking towards the industry. Investors who have made a fortune in cryptocurrency are propagating its benefits and educating the masses about the digital currency’s underlying technology. In fact, more than 100,000 people currently own Bitcoin worth at least a million dollars.

While Bitcoin’s value has skyrocketed, another cryptocurrency is gaining traction. Dogecoin, a pop culture sensation, is also on a rocket ship claiming to take people to the moon. Continue reading to find out how Dogecoin differs from Bitcoin. Learn everything there is to know about these two types of cryptocurrency so you can dive right into the market and start making money.

Established in 2009, Bitcoin is one of the earliest cryptocurrencies to skyrocket and set the pace for the industry. It is currently an internationally traded financial asset with daily trading volumes in the tens of billions of dollars.

The Bitcoin network is decentralized, which means that no one controls or owns it. Instead, the Bitcoin network comprises 80,000 volunteers who run open-source software on their computers, known as nodes. The blockchain is a public ledger that records all Bitcoin transactions and solves complex mathematical equations to execute transactions.

If you want to stay updated about what’s happening in the cryptocurrency market, visit cryptolaun.ch.

Dogecoin is an illustration of how an internet fad can become mainstream. “Doge” is a photograph of Kabosu, a Shiba Inu dog with an unusual look. The image was generally accompanied by wrong English words that reflected some internal discussion. Because this meme was so famous, it was sold as a nonfungible coin in June 2023 for 1,696.9 Ethereum, which was worth almost $4 million at the time.

When Dogecoin’s creators chose Kabosu as its logo in 2013, they were making a joke. That is what distinguishes Dogecoin from the competition. Its supporters don’t take themselves too seriously. After showing support for Dogecoin and referring to himself as “The Dogefather,” Elon Musk was voted CEO in a Twitter poll.

Dogecoin was created with the intention of being more accessible than other cryptocurrencies. It also has an infinite supply in theory. Dogecoin ensures that miners will always receive sufficient incentives as an incitement to continue mining.

Differences Between Bitcoin And Dogecoin

Each one of these two digital currencies was made considering a particular objective.

Dogecoin was created as a joke on Bitcoin’s fleeting ascent in prominence, just as the coin’s image portrays an appealing Shiba Inu dog. Then again, Bitcoin was made for a more genuine reason, such as working with exchanges or acting as a store of value over time.

The total number of coins in circulation multiplied by the current trading price equals the market capitalization of Bitcoin and Dogecoin, and there is a significant difference. Bitcoin is the most valuable cryptocurrency, according to CoinMarketCap, and Dogecoin is in the top ten. Because traders tend to congregate around the most popular cryptocurrencies, volume falls well below the top 20.

Even though these two currencies are the most popular among traders, Bitcoin is still the most widely used. Bitcoin is becoming more accessible as time goes on, thanks to various methods for purchasing and holding the currency on platforms such as PayPal.

It’s also worth noting how many coins each cryptocurrency has the ability to issue. Bitcoin has attracted a large number of traders due to its strict issue cap of 21 million coins. If money continues to come into Bitcoin, increasing demand, this fixed restriction effectively guarantees that the price will climb over time. Although this may benefit traders, it will make Bitcoin’s usage as everyday currency challenging because you won’t spend 1 Bitcoin worth $45,000 on groceries. On the other hand, Dogecoin has no market cap since it was issued as a joke. The currency’s endless issuance hasn’t stopped it from soaring in value in 2023.

Dogecoin and Bitcoin have a lot of technological similarities. They are not, however, the same. There are a few differences between the two coins that distinguish them from one another. The creators of Dogecoin were able to include their sense of humor into the basic code of the coin. They modified a number of the terminologies used in the ecosystem, in particular. For instance, Digger is a term used to describe Dogecoin miners.

Furthermore, when compared to Bitcoin, Dogecoin has a faster block time. Bitcoin’s miners approve new transaction blocks every ten minutes. On the contrary, the miners of Dogecoin approve blocks within a minute. However, with Dogecoin’s evolution, this increasing mining rate caused certain complications. Dogecoin was only supposed to create 100 billion coins at first. The network, however, issued all of its coins by 2015 due to the one minute block interval system in place. The protocol has now been updated to allow for the annual issuance of 5 billion coins.

Finally, Bitcoin and Dogecoin are two cryptocurrencies that have lately garnered headlines as a result of their separate price increases. Both of these cryptocurrencies have the potential to be profitable investments.

On the other hand, Dogecoin does not appear to have a possibility of ever reaching the massive values that Bitcoin may one day achieve because of its unlimited market cap. However, that doesn’t mean that investing in Dogecoin can’t yield significant returns. It has a track record of solid market runs powered by its community and a positive reputation in general.

Indeed, Dogecoin’s value has lately increased seven times after obtaining glowing endorsements from celebrities and a trendy Reddit investing group. Even though this isn’t the first time the coin has had a breakout, it is expected to be short-lived. Dogecoin represents the crypto community’s generosity, with the underlying purpose of improving everyone’s lives, not just the wealthy’s’.

Is Immediate Profit The Best Crypto Trading Platform in 2023 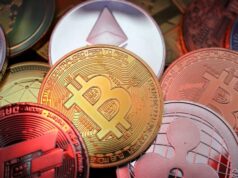 8 Reasons Why Are Digital Currencies So Volatile 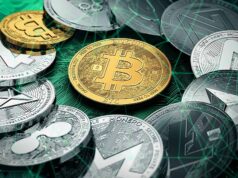