Gamblers around the world enjoy playing different games on different platforms. One thing that is common for all of them is their enthusiasm and love for the pastime activity known as casino gambling. It is not really a new thing, not at all for that matter. Casinos have been around for a few centuries while gambling has been a large part of our civilization’s identity for centuries more, perhaps even millenniums. Games are always more fun when there are higher stakes involved, and it does not get much higher than playing for money.

Speaking of trying to win money, gambling is infamous for taking more than it gets. Certain types of games are known to consume a lot of deposit money from players and give back rarely. Even when they do, it is something miniscule. Jackpots are a rarity, as they should be, and it takes a lot of time and perseverance for a gambler to win back what they have lost. This is all true when playing luck based games. With casino games involving skill like poker, blackjack, or roulette for example, you can dictate certain things and pick your moves. Not with those that include randomness and luck though.

The staple of luck based casino games, both online and in real life, is the slot machine. Slots are by far the most widespread machines in brick and mortar casinos. They are also the most varied online casino game. The reasons for this are easy to understand as it mostly has to do with how easy it is to play slots. A

ll a player needs to do is push a push a button or pull a lever. That is it. Everything else is up to the random number generator (RNG) controlled by an algorithm. No skill, no strategy, just pure randomness and the will of Lady Luck. But what goes on, how do they really work, and is it something more to it than the Random Number Generator? Right here and now we talk slots and what makes them tick so keep reading until the end.

How Do They Function?

Web-based slots do not look that much different than those you can find in your local casino. They are flashy, colorful, loud, and fun to look at. There is anywhere from three to five sets of reels that spin and stop on wacky symbols like images, numerals, and letters. Based on where they stop you win or lose the spin.

Since they exist online and are more like video games than traditional slots, some of them also have special novelty features like expanding reels and wilds, bonuses and special rounds, or other fun content. Fundamentally though, they work in the same way. The main difference between regular slots and online slots however lies in the manner in which the outcome of the round is decided.

Any casino that wants to get a license and operate legally uses RNG software. The important thing is for a gambling authority body use to determine who well it is tuned and whether the players are respected. If we are to point towards the king who decides everything RNG is it. It is software that determines whether or not the player will win.

Each casino has to let experts to come in and check the randomness before they can get their licenses. There needs to be a certain amount of fairness to the randomness of the software since the players need to be given a certain degree of chance to win. This is still quite low on average, but that does not prevent slots from dominating the consciousness of gamblers far and wide.

We have mentioned it a few times already in this article, but what is RNG actually and how does it work? How can it work? Just like any other program or application, every online slot has its backend programing. It is software that make is run, that allows it to exist and be what it is. This software constantly selects random strings of numbers and it is capable of generating tens of thousands of numbers per second.

The numbers range from 0 to around 4 billion and each is connected to a completely different reel combination outcome. When you spin the reels, the outcome is already determined. The actual spinning of the reels is just an animation to pass the time and make things more engaging. In reality, your destiny is determined when you click the dedicated button.

The whole process can be broken down in simple steps for a larger number of people to understand the process. The player presses or pushes the spin button and a random number is picked from the incredible pool of combinations.

The mathematics translate it and then picks how the reels combine and where they should stop in order to display the combination. The player has a reel combination displayed on the screen and realizes if they win or lose. All in all, it is a simple process but a very intricate one in terms of programing and calculations. It is lightning quick, which matters as it masks the true goings-on behind the scene.

What the players have to remember whenever they play a slot machine game in a web-based casino is that it is complete and utter randomness. There is no way to go around it and try to strategize a win. It also does not matter how many times you have won or lost prior to a spin. It does not matter because it has no bearing on the next spin. People think that there needs to be a certain number of losing spins before a winning one.

In reality, the slot can award to spins in a row and then have a thousand more without a winning combination. One cannot know when they might be the one to win the jackpot or even a smaller prize to cover your losses. Randomness works exactly like this in the real world but we do not think about it in the same way. It is how it is and all we can do is accept it. It cannot even be said that they are unfair. It is literally what they are made to be. People will continue to play them though just like they have for decades now. 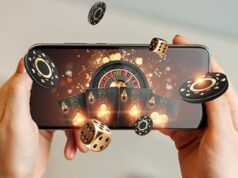 Why You Should Play Free Online Casino Games 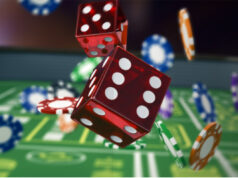 How Do You Outsmart an Online Casino & Get Rich